LOME, TOGO - 12-09-20 - Cynthia Edoh, at right, joins the protest. Edoh says she has been protesting for regime change since Eyadema (who died in 2005) was in power. Approximately 300 women dressed in red marched through the Togolese capital city of Lomé on Thursday, September 20 as part of a protest organized by the opposition coalitions Lets Save Togo (Collectif Sauvons le Togo, CST) and Coalition ARC-EN-CIEL. Several thousand men and youths joined the women in the peaceful march, which ended at an opposition rally point. Photo by Daniel Hayduk/ AFP 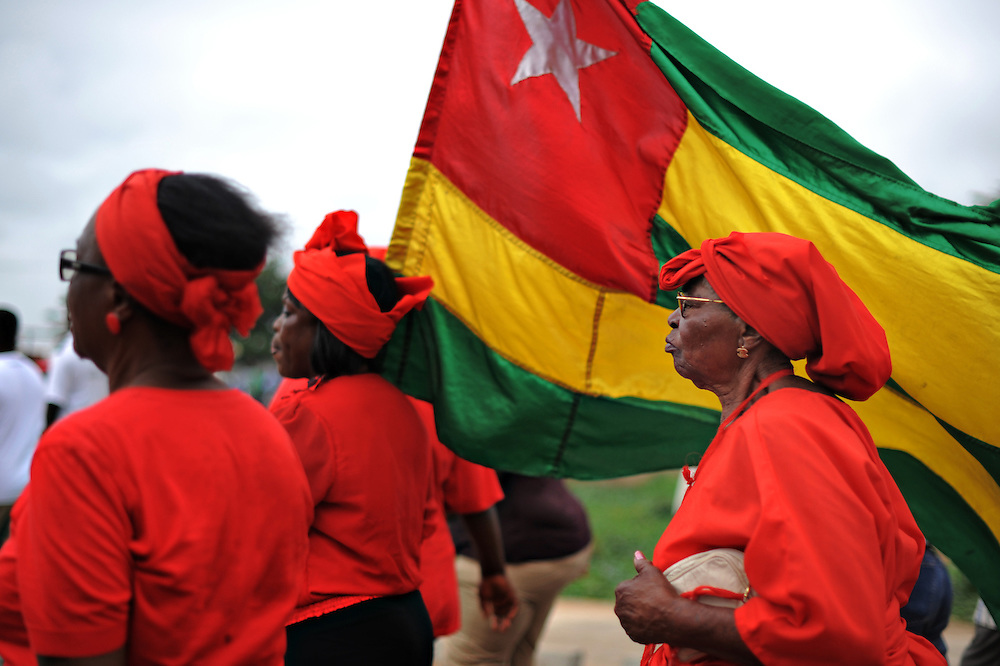